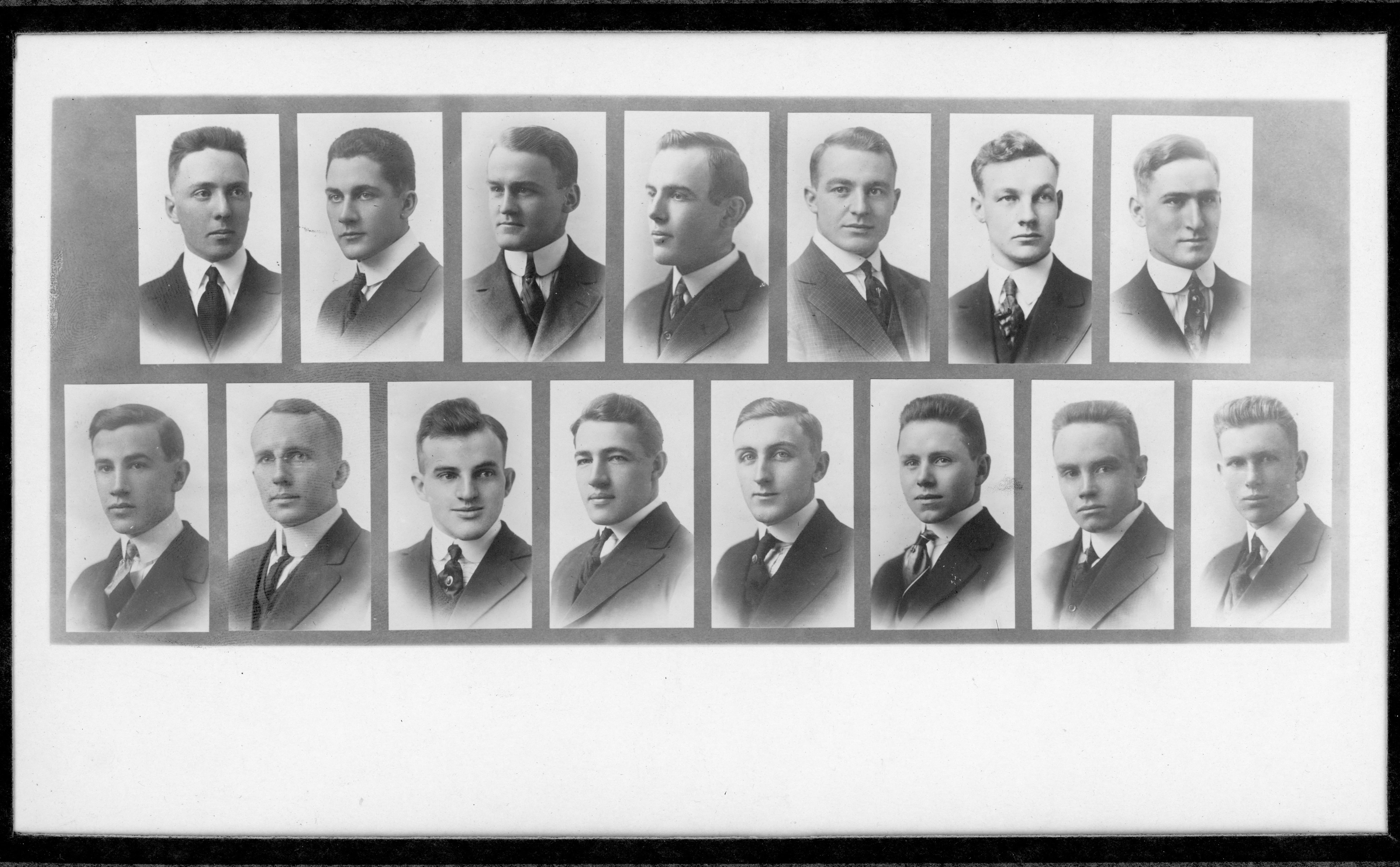 Two photographs, purchased from Veranda Antique Mall in Columbia, Missouri, led to this interest. (Side note: This is a fantastic antique store, and worth a stop if you are in the area.) The back of each photograph featured the signatures of the young men pictured, along with the year of their graduation, field of study, and at least a partial address.

Always ready for a new research adventure, we began to piece together biographies for some of these young men; which will be featured in upcoming posts.

For now though, here are the photographs.