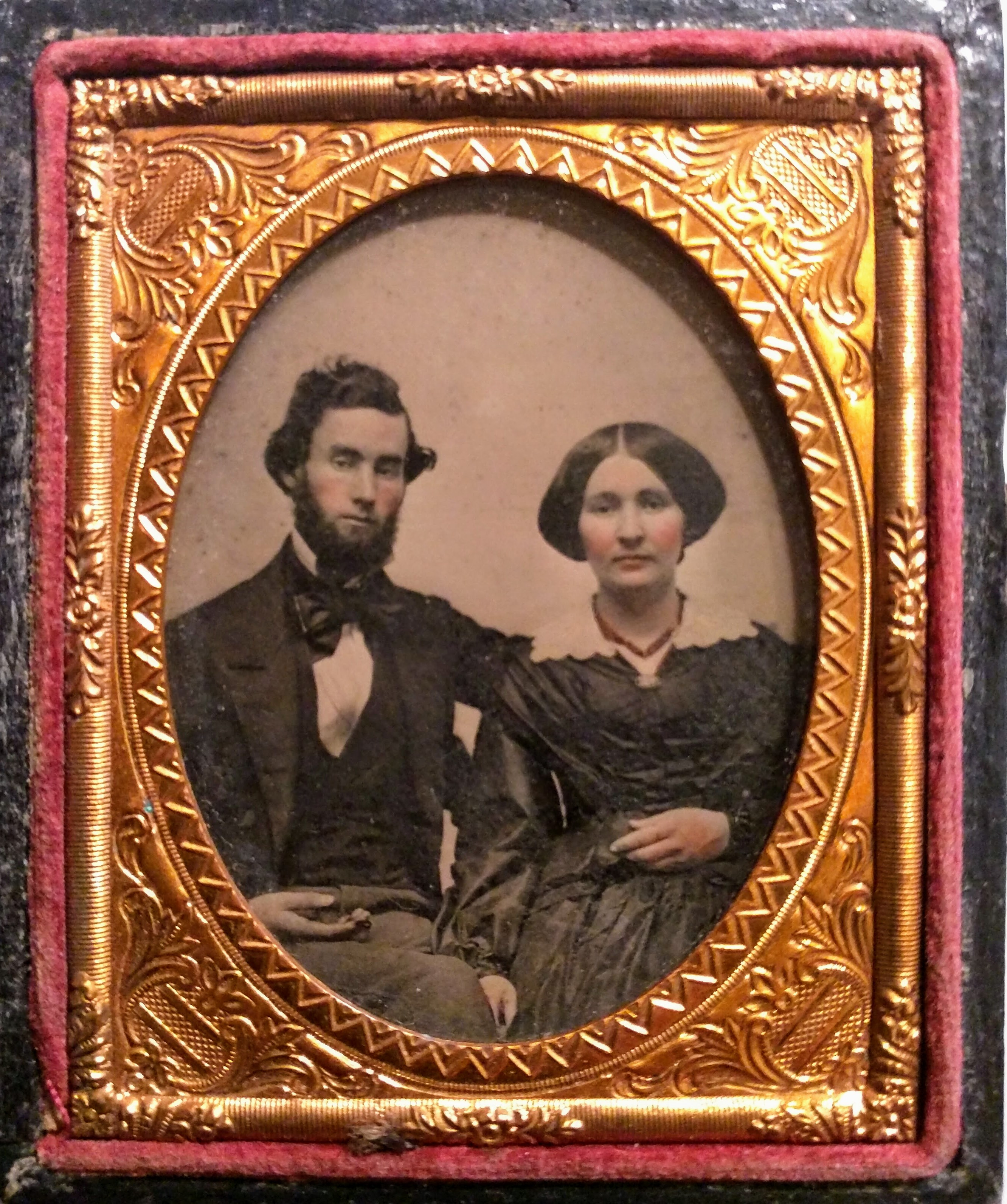 This exquisite photograph is in pristine condition and I was thrilled to find it. The photo is of David Ayers and his wife, Sophia H. [Day] Ayers. Taken shortly after their marriage in March of 1856, the handwritten note tells a sad story for this couple.

David Ayers was born Wapakoneta, Ohio on July 27, 1833 to Jeremiah and Lucinda Ayers. Jeremiah ran an Inn and later became the postmaster for the area. David eventually ended up in Springfield, Illinois and became a successful merchant. Sometime after his marriage to Sophia he ended up in the Illinois State Hospital for the Insane in Jackson, Illinois. Although the time frame is unclear, he is listed in the 1860 United States Federal Census in Springfield. He died at the asylum May 30, 1866 after being refused medical treatment by a Dr. Dutton.

The following was in the “Reports Made to the General Assembly of Illinois” in 1869. The State Hospital was under investigation and testimony revealed multiple accounts of abuse.

According to the “History of Early Settlers of Sangamon County,” David Ayers was first buried at Hutchinson Cemetery and later moved to Oak Ridge Cemetery in 1870.

The handwritten note tells us that Sophia’s niece, Mrs. Grace Mathis, gave the photo to John Miner, Jr. in 1950. Mr. Miner also appears in this post.