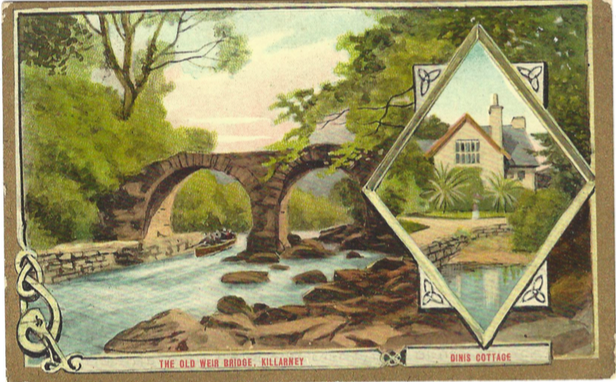 We here at J. Wendell love celebrating our “wee bit” of Irish heritage and we found this wonderful antique postcard to share with you today.

The Old Weir Bridge is considered one of the oldest structures in Killarney, County Kerry, Ireland. It is believed to have been constructed sometime in the 16th Century and is a top tourist attraction in Killarney National Park, along with nearby Dinis Cottage along the shores of Muckross Lake.

After a quick search, I found that young master Walter Gross, of 130 Second Street, Troy, New York, led quite an interesting life. He was a student at Harvard Law School when the United States entered World War I. With one year left of law school, he became a commissioned officer in the United States Navy Reserves. As a young Jewish Officer, Walter completed this questionnaire for the Office of Jewish War Records about his service during the Great War.

After the War, he went on to practice corporate law and raise his family back in his hometown of  Troy, New York.