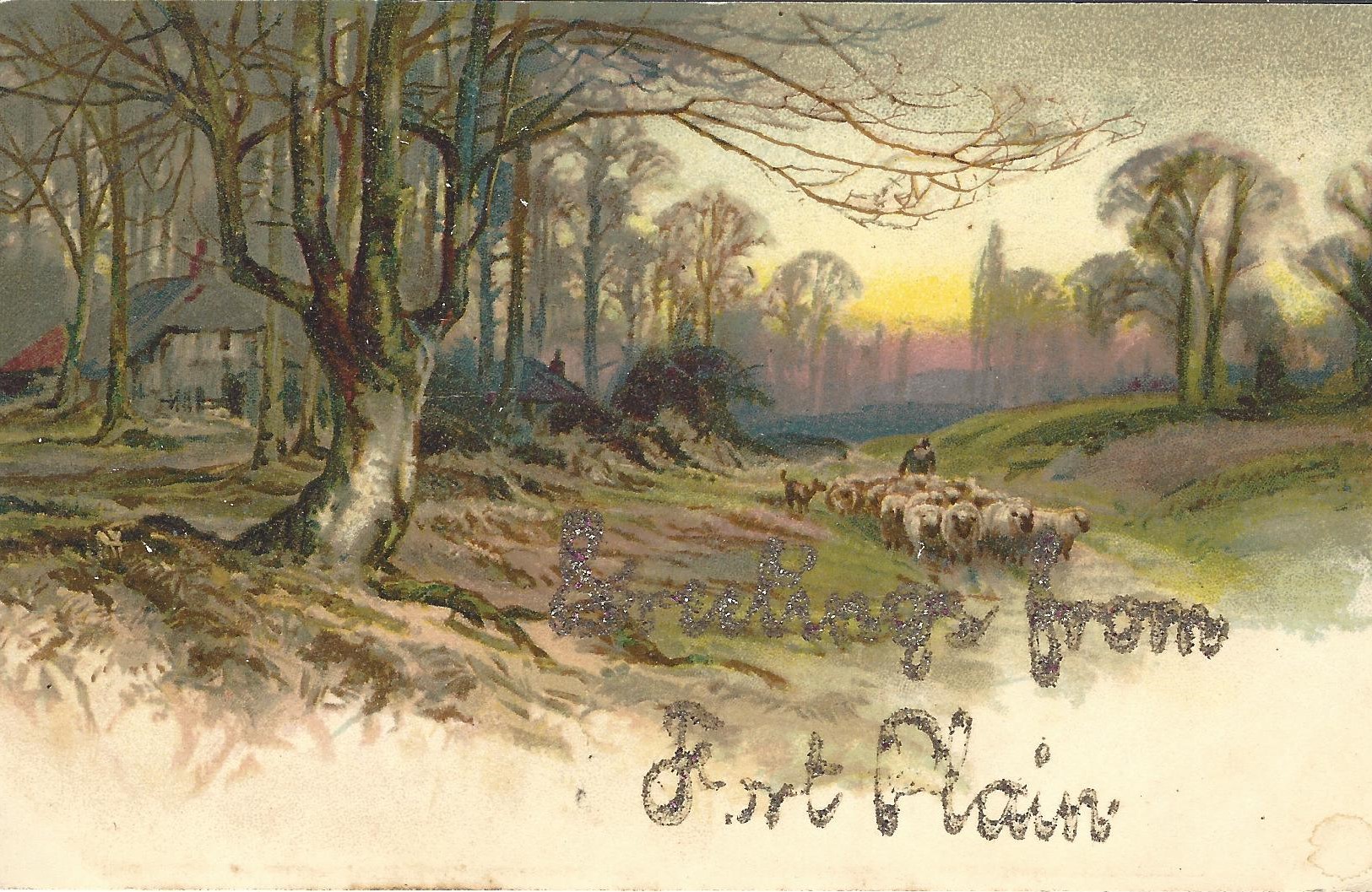 I love used postcards. They can tell a story with a mere few words and a picture. Where people have traveled, what they were doing there, why then went, and who they wanted to communicate with while they were there.

Today’s postcard is of a rural setting in Fort Plain, New York. Sent on June 4, 1905 to Mr. George H. Hinkle of RFD 6, Fort Plain, New York, the card does not indicate who the sender was and it did not give a message. A simple card with a simple unspoken statement of “thinking of you” from an unknown sender.

But if you think that is the end of what we can glean from this postcard, you may be surprised to know that there is a great deal that a genealogist can learn.

The postmark date, the name, and address give great clues in locating more information about Mr. Hinkle.

The first record I found was the World War II Draft Registration for George that verified the address on the postcard. From this record we learn his date of birth (April 23, 1889), that he was born in the town of Palatine, Montgomery, New York, that he was self-employed, and that Everett Hinkle was his contact person.

This information opened up a whole new series of records: censuses, marriage, World War I Draft Registration, etc. From those records we learned so much more about Mr. Hinkle.

George H. Hinkle was born April 23, 1889 to Henry Hinkle Jr. and Nancy Abel in Palentine, Montgomery, New York. He married Florence “Flossie” Eacker on January 19, 1911. George and Flossie lived with his parents, where George was a self-employed farmer. It appears they did not have any children.

One postcard, no message, a name and an address = a great deal of information.

What other clues can you find hidden in the details?