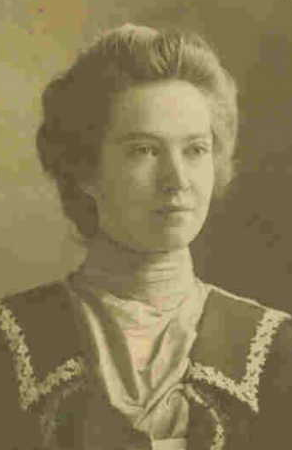 To Harry from Austa

I love happy endings so much so that I am going to put the happy ending at the beginning of today’s post. My research of H.E. Sopher and Austa enabled me to find the son of “our little red-headed boy” who is mentioned in the following postcard.

The postcard has been returned to Austa’s grandson, who is now able to hold something she held, read her words about his father, and have a sense of the love she held for her family.

Our little red headed boy is six weeks old today. We are all well. Chas. went up to Frenchs today. Phils have moved to the Parks Place. Father and mother are living by themselves. Father puts in most of his time at Mills & Chas. Will write more later. Your sister Austa

H.E. is Harry Edward Sopher and the postcard is from his sister Austa [Sopher] Wible. The little red-headed boy was her youngest son, Gilbert. Chas., French, and Phil, I believe, are her brothers.

Photos of Austa and Harry are courtesy of the Wible Family.

The family were living in Wolf Creek, Mercer, Pennsylvania at the time of the 1880 US Census. Harry eventually moved to Ohio. It is apparent that distance didn’t keep them apart, as tomorrow’s post will share a postcard from Harry’s niece a few years later.

NOTE: This postcard was reunited with the Wible family.