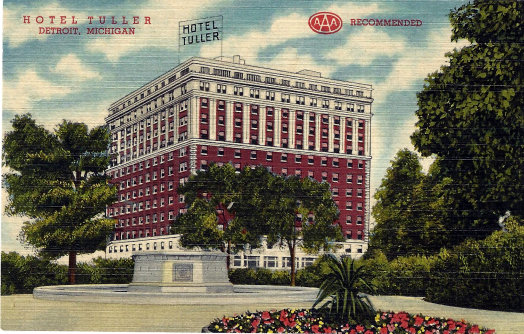 The Hotel Tuller was constructed in 1906 by Lew Whiting Tuller; with several additions being added up until 1923, bringing the room count to 800. The “Grand Dame of Grand Circus Park” stood Adams Avenue West, Bagley Street, and Park Avenue, across from Grand Circus Park in Detroit, Michigan.

The Hotel Tuller Orchestra led by Gerald Marks made several successful recordings in the 1920s with Columbia Records.