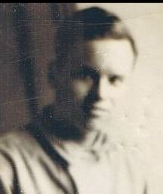 Was on Special Administrative Duty When He Met Death Presumably During Raid Staged by Enemy”  A letter received on October 24 by Mr and Mrs Arthur Livingston of 369 St Clair avenue from Secretary of War Stimson has confirmed a previous message received from the War Department in August of the death of their son Corporal Richard Livingston somewhere in France on August 28.  When the first message was received Mr and Mrs Livingston were certain it was a mistake as their son was not in combat service but was a member of the European Chief Affairs Regiment a corps of men especially trained to take over the chief administration in areas which have been dispossessed of the enemy.  A letter however written by Corporal Livingston’s commanding officer on October and received here on October 19 confirmed the August message and gave the details of the circumstances of his death which his parents dared not reveal s they were transmitted to them under the personal censorship of the officer?  It was known only that Richard was with his unit engaged in their specialized administrative work in some important city in France wen it was attacked or raided by the Germans and a large number of his unit were killed.  Secretary Stimson communicated he was killed by enemy ???? and carried it ??? that the Purple Cross has been post?? awarded.  Corporal Livingston had had a most distinguished scholastic career. He was graduated from the Grosse Pointe High School in 1936 when he was an honor student and a ??? of his class. He was graduated from the University of Michigan in 1940. There he was a member of the Delta Upsilon and maintained ?? high scholastic ratings throughout his course.  He attended ???? Army Special Training Program and sent to Virginia Polytechnic for training. There he was selected as one out of a group of eight for further specialized training at Stanford University where he graduated in the Dutch language and ? study courses. He also spoke French fluently.  In March 1944 he went overseas to England as a member of the European Civil Affairs Administration and followed into France with the Normandy invasion in June. He had already completed several assignments in France before he met his death by enemy action on August 28.  Richard was 25 years old and was a member of one of Detroit’s oldest families. His parents have been residents of Grosse Pointe for the past 10-12 years. He was a great grandson on his mother’s side of the late Emory Wendell, a name familiar in the financial history of Detroit.  He was a former employee of the J.L. Hudson Company and of the Office of the Chief of Ordnance.  He was engaged to Miss Patricia Palmer of Detroit.

For our family, the need to remember Richard has a strong pull. He was my grandfather’s closest cousin and friend. When he was killed, being an only child, his family line went with him. My grandfather could not serve (even though he desperately wanted to) because of a childhood bout with TB, so Richard’s loss was great for him. I honor them both by remembering Richard’s service and sacrifice. I wish I knew so much more information about him.

“The legacy of heroes is the memory of a great name and the inheritance of a great example.” – Benjamin Disraeli, February 1, 1849