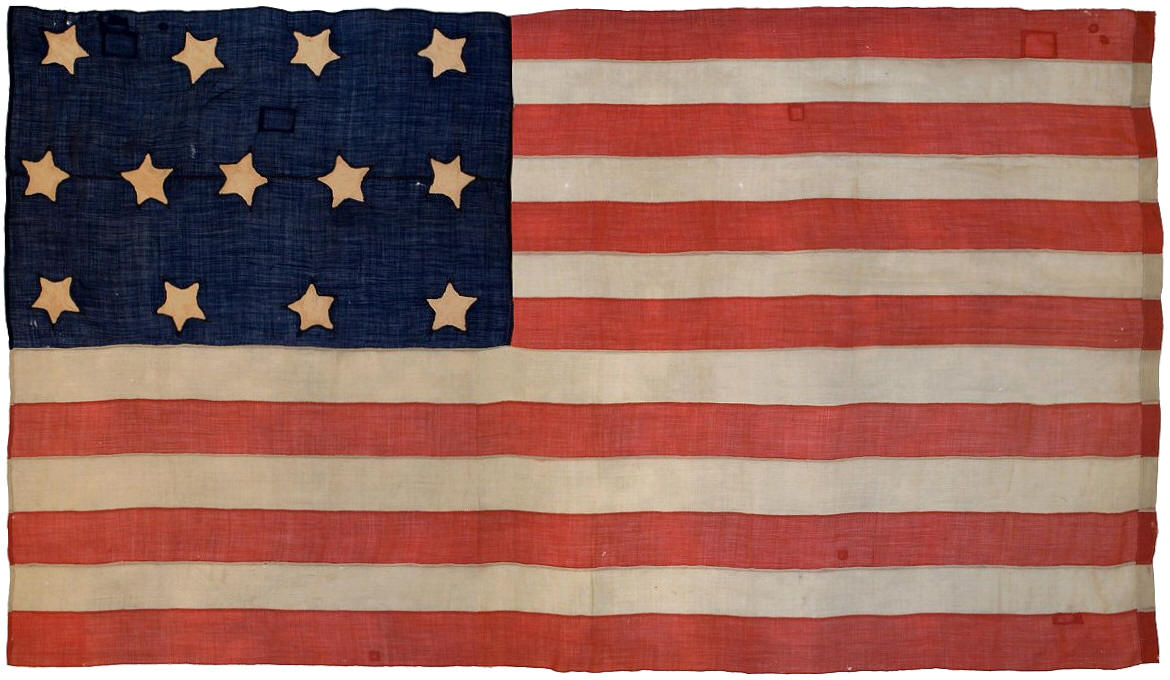 It was 240 years ago on June 14, 1777, that the Second Continental Congress meeting in Philadelphia passed a resolution adopting the “Stars & Stripes” as the national flag of the United States of America.

“Resolved, that the flag of the United States be thirteen stripes, alternate red and white; that the union be thirteen stars, white in a blue field representing a new constellation. “

Congress didn’t dictate the configuration of the stars and there were many variations. The circle formation appears in many historical paintings depicting the American Revolution and is what we now call the “Betsy Ross Flag” even though the story of Betsy Ross creating the first flag has been widely discredited by historians – the only evidence of the story was an account of a family tale by her grandson nearly a hundred years later.

The Stars & Stripes was first carried into battle on September 11, 1777 at the Battle of Brandywine, and it was first raised over foreign territory in early 1778 at Nassau, Bahamas when Americans captured a British Fort.