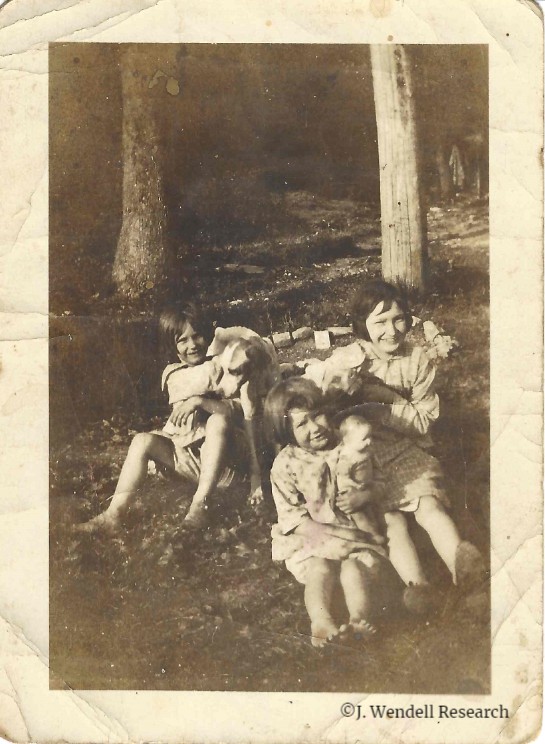 Last week we went on a photo-collecting mission to our favorite antique store, and we came away with an absolute goldmine of photos (teased on our newly relaunched Instagram and shown at right!)

Among those photo gems, we found the Holt sisters – Alberta, Margaret, and Katherine of Whites Creek, Davidson Co., Tennessee (just north of Nashville).

Margaret, Alberta, and Katherine Holt in front of their home on White Creek Pike

At left are Katherine, Alberta, and Margaret Holt with the family dog and toys in front of their home on Whites Creek Pike probably in about 1928. At right is a school photo of Alberta Holt, age 13, taken in about 1930.

Thankfully, Alberta Holt labeled her photos with her name, age, address, and her father’s name, which made finding them in records easy. The girls were the daughters of George Heskle Holt & Mattie B. Blunkall, and the 1930 census shows them right where they should be on Whites Creek Pike! Their father was a laborer for the highway department, and Alberta and Katherine were in school.

If you are a descendant of one of the Holt sisters, we would like to reunite these photos with your family. Please contact us at egrizzardgenealogy@gmail.com