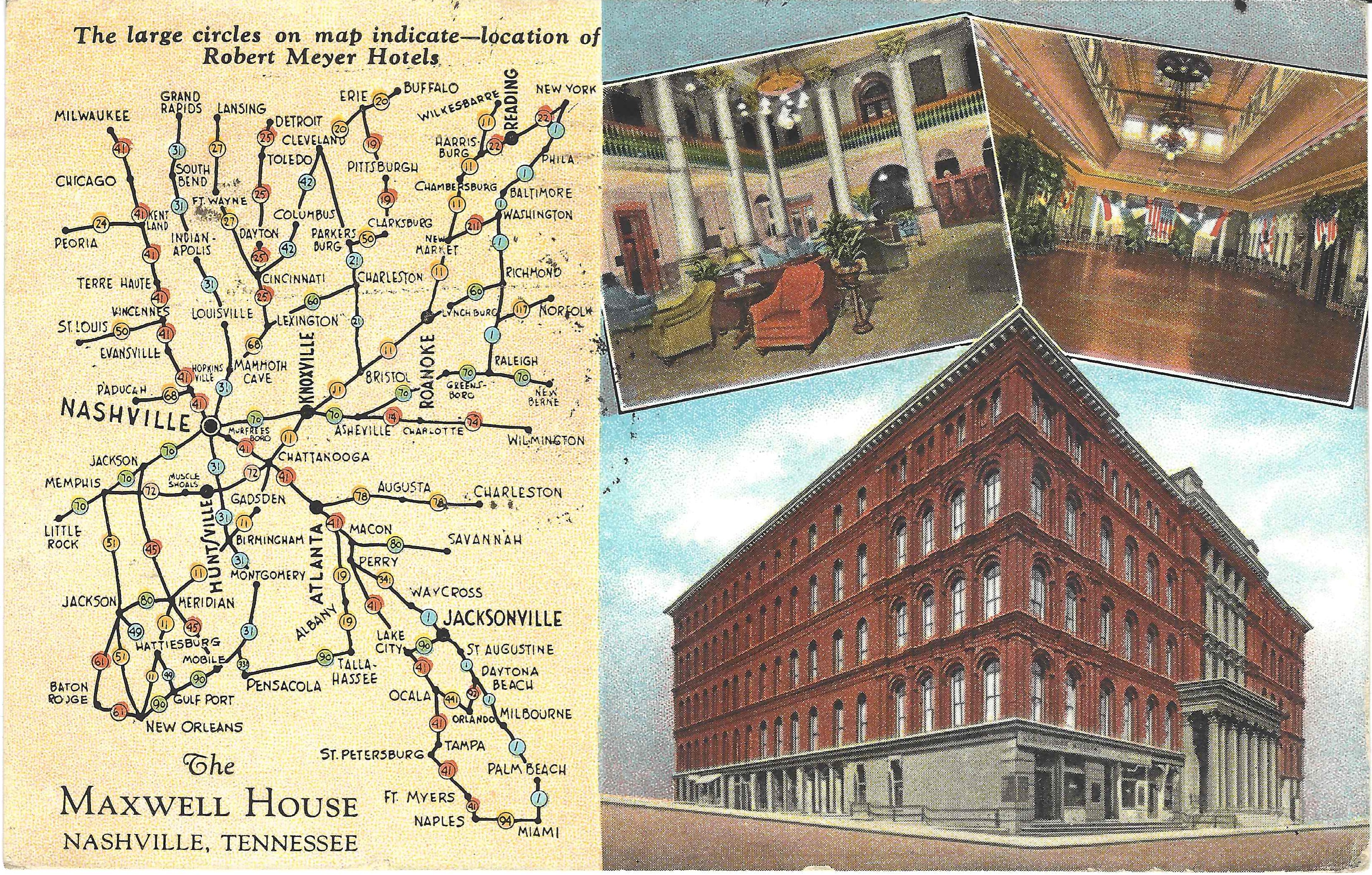 Constructing began in 1859 and was halted due to the War. During that time the unfinished hotel was used as a barracks, prison, and hospital. The hotel officially opened in 1869 and was Nashville’s largest hotel at the time with 240 rooms.

The hotel saw many famous guests including seven Presidents. History was made when  President Theodore Roosevelt, upon  finishing his cup of coffee, exclaimed, “Good to the last drop.” Maxwell House Coffee’s slogan was born.

Postmarked July 5, 1933 from Fayetteville, Arkansas, the postcard was sent to Miss Marion Allen of New York.