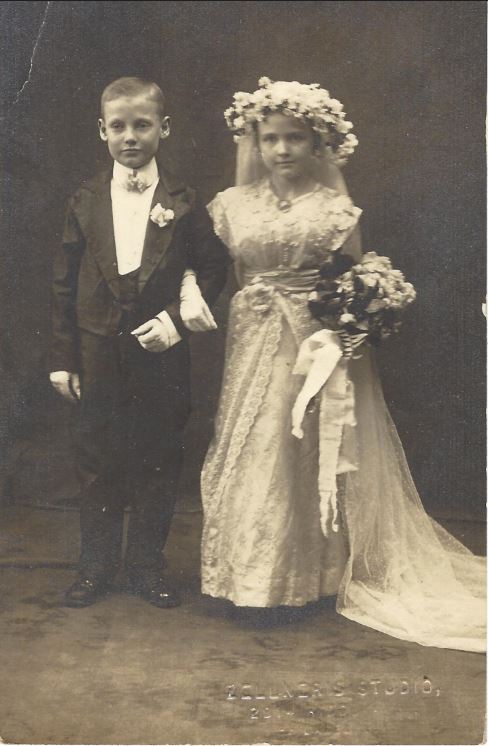 A closer inspection of 1910 census records has a Charles Rockett, the seven year old son of Alfred & Lillie Rockett living on Oxford Street in Philadelphia’s 29th Ward, while seven pages over is Sarah Jenkins, the five year old daughter of Benjamin & Mary Jenkins living on Nicholas Street in Philadelphia’s 29th Ward. If these are the same individuals, the above photos would have been taken circa 1913.

The census doesn’t offer any clues about the connections between these families, but they may have attended the same church or been part of the same social circles.

For more information behind the history of Tom Thumb weddings, check out the NPR article The Wondrous World of Tom Thumb Weddings.