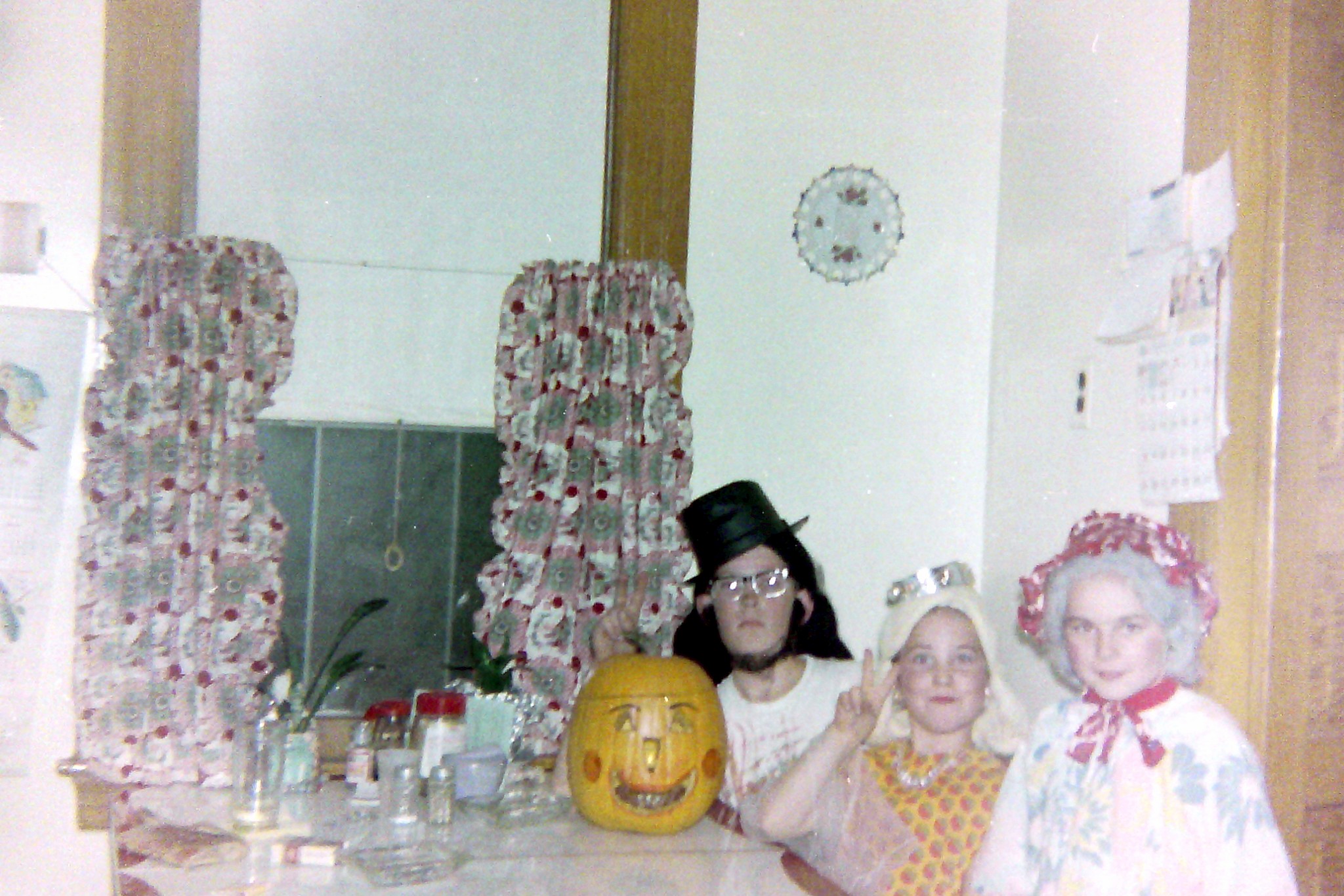 Trick or Treat in Detroit

My childhood growing up in Detroit during the 60s and 70s was magical.  Halloween was especially fun as we dressed up and hit the streets to “haunt” our neighbors – “Trick or Treat!”

It seemed that everyone’s porch lights were on, grown ups were waiting for us with gobs of candy, and some did a little “haunting” of their own. At times we had to passed through haunted houses, grave yards, or a witches’ gathering, in order to get to the goods.

Our costumes were usually home-made, which we discovered was much easier than the plastic masks with the elastic band that came with the boxed costume from the dime store. Although I did enjoy a few of those over the years my favorites ended up being the ones that were put together purely from imagination.

This particular year I was trying out the “blondes have more fun” theory; while my friend, Sue, chose to be an old woman. My brother, Randall, was trying out a variety of monster looks (with a little Abe Lincoln thrown in for good measure.) Wigs from the dime store and heavy make-up turned us into anything we wanted to be.

It never failed that we returned home with loads of candy that would last past Christmas. The orange and black wrapped unknown chewy candy was responsible for pulling out a tooth one year. It lost its appeal after that. Always tried to trade those for “smarties.” We also had the excitement of digging out pennies, nickels, and sometimes dimes from our bags! Which meant we could head to the pop store and buy, you guessed it, MORE CANDY! Bags full of penny candy meant you could stretch Halloween out until at least Valentine’s Day.