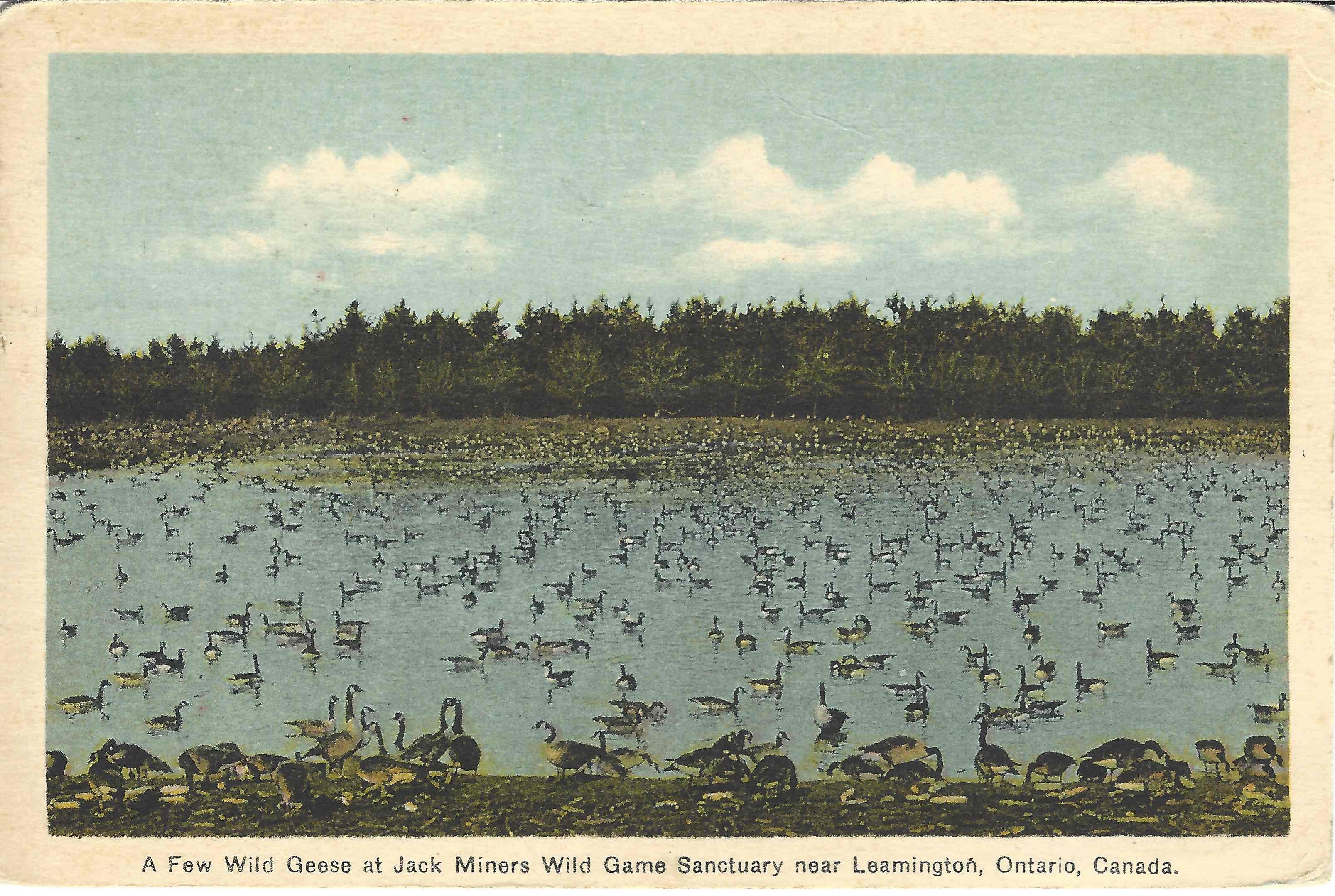 I was thrilled to find this postcard of Jack Miners Wild Game Sanctuary in an antique shoppe. I have memories of visiting with my family when I was a child. We lived in Detroit and trips to Windsor, Leamington, Kingsville, and the surrounding area were frequent.

There really is nothing like the sight of seeing the wild geese come in … almost like a black cloud engulfing the sky and descending into the surrounding fields.

This postcard was postmarked 1936 from Mrs. A.L. Walker to Mrs. Elizabeth Marsh.

Photo taken from the 1932 Centralite Yearbook

In the 1940 United States Federal Census we find Mrs. Marsh living at the address listed on the postcard. She owned her home which was valued at $5,000. She was a widowed school teacher.

In the 1930 United States Federal Census we find her living at the same address, married, but her husband was not listed in the census and she was listed as head of household.

In the 1920 United States Federal Census we find Elizabeth with her husband Theodore Marsh. They were living in an apartment building on Grand Boulevard West in Detroit.Theodore was the secretary and treasurer of an Engineering Company.