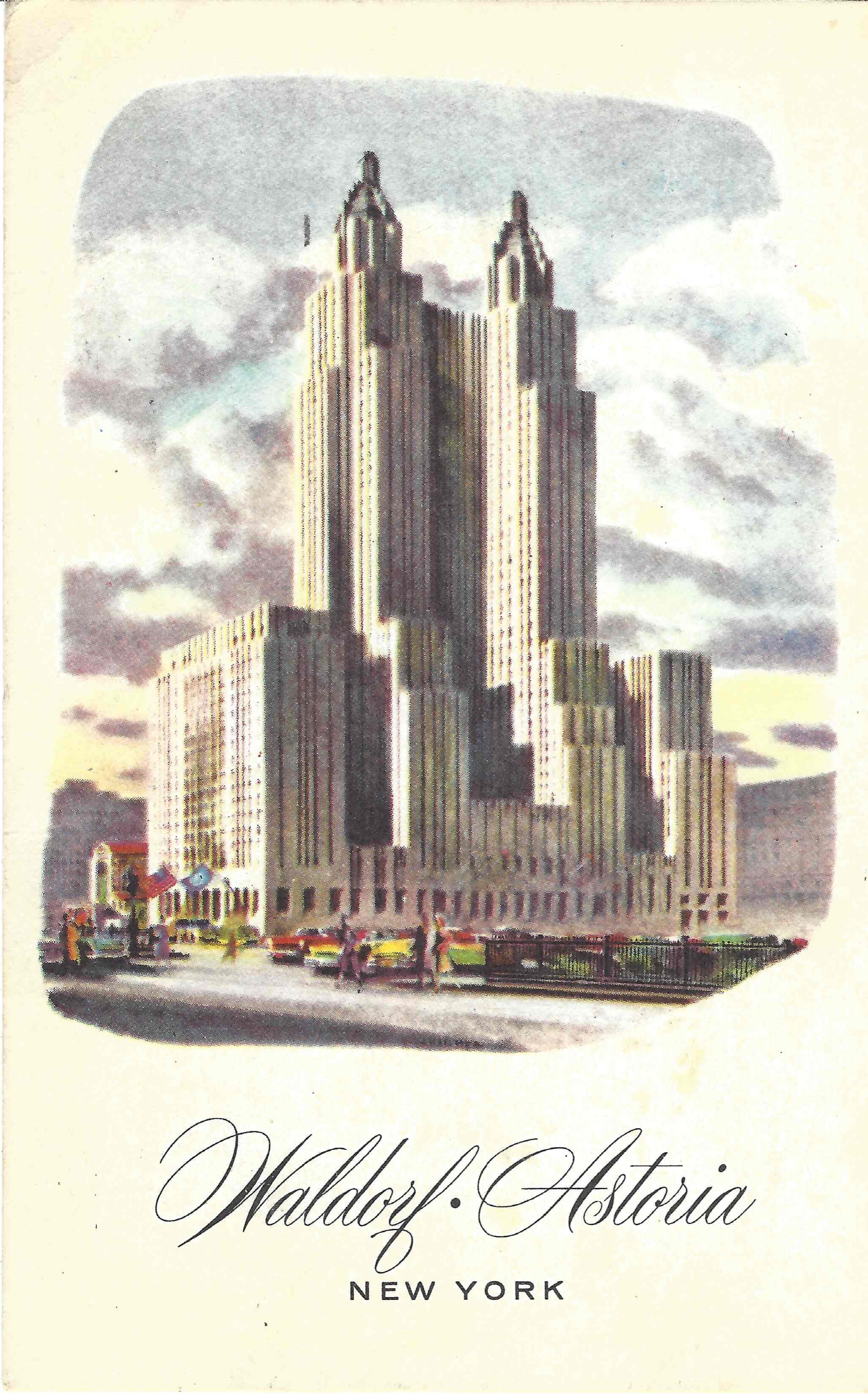 The current Waldorf Astoria opened in 1931 on Park Avenue, replacing the old hotel which occupied the site of the current Empire State Building. Conrad Hilton, who purchased the hotel in 1972,  called the Waldorf Astoria “The greatest of them all.”