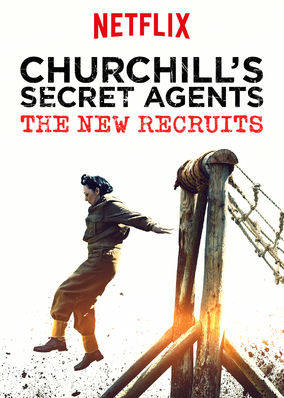 This is a slight departure from our usual, but definitely a show we wanted to share. Last week Netflix released a five episode reality series that immersed 14 “contestants” into the same World War II era selection process and training as Winston Churchill’s Special Operations Executive (S.O.E.) spy recruits. The purpose was to find out if the training was still relevant and if we, as modern people, could still rise to and overcome the challenges that were presented to our parents’ and grandparents’ generations.

Steeped in the actual history of the S.O.E. and its agents, this series is really compelling to watch – Did I stay up until 2AM binge watching it this weekend? Yes, yes, I did.

And don’t be thrown off by the “reality series” part, this isn’t an American-style reality show where contestants have inane non-occupations such as “Professional Ceiling Fan Watcher,” and try to sabotage one another at every turn. It really is about connecting to history and everyday people rising to the occasion.

You can find the trailer and episodes here: Churchill’s’ Secret Agents: The New Recruits

The Irregulars: Roald Dahl and the British Spy Ring in Wartime Washington by Jennet Conant

*Note: The links under “further reading” are affiliate links to Amazon.com.