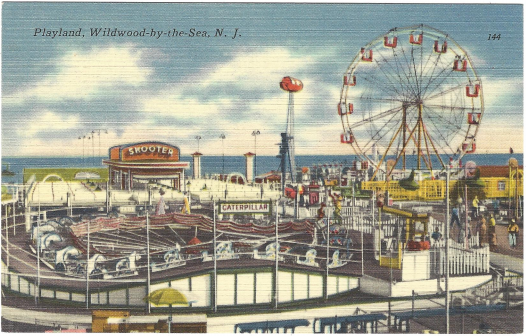 I love the detail in this postcard published by Lynn Boyer, Jr., Wildwood, N.J. The card had the beginnings of being mailed: addressed to Mrs. Robert F. Williams, Atkins Ave, Lancaster, Pa and a salutation of Dear Louise is as far as the writer got with this card.

A quick research for Robert and Louise show that they lived at Atkins Ave at least between 1957-1960, according to the Lancaster City Directories for those years. They both attended Millersville State Teachers College: Robert graduating in 1938 and Louise in 1939.

Robert and Louise both died in 2007, within a few months of each other. They have extended biographical information on FindAGrave.