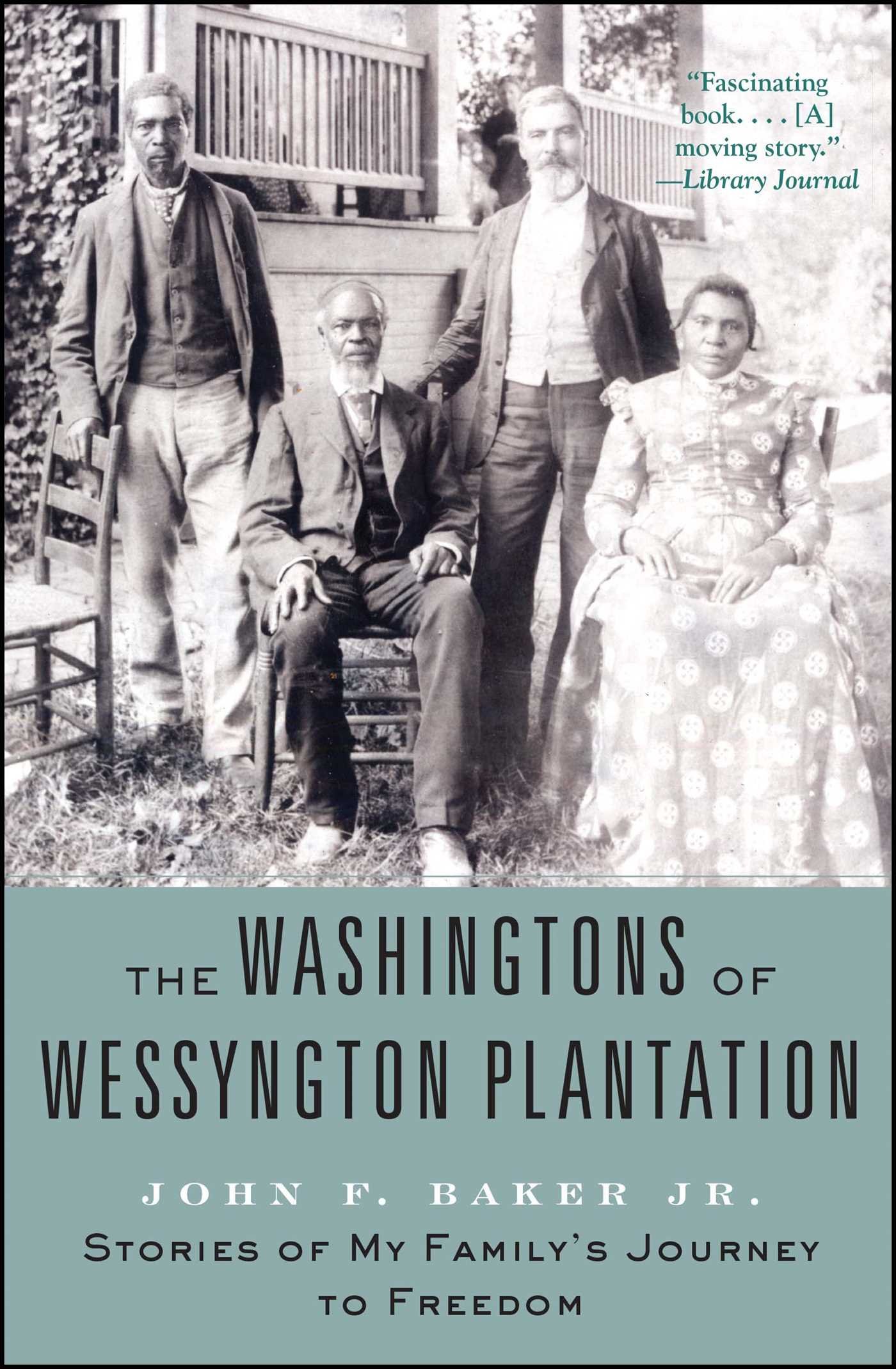 What We’re Reading: The Washingtons of Wessyngton Plantation: Stories of My Family’s Journey to Freedom by John F. Baker Jr.

“When John F. Baker Jr. was in the seventh grade, he saw a photograph of four former slaves in his social studies textbook. When he learned that two of them were his grandmother’s grandparents, he began the lifelong research project that would become The Washingtons of Wessyngton Plantation, the fruit of more than thirty years of archival and field research and DNA testing spanning 250 years.

A descendant of Wessyngton slaves, Baker has written the most accessible and exciting work of African American history since Roots. He has not only written his own family’s story but included the history of hundreds of slaves and their descendants now numbering in the thousands throughout the United States. More than one hundred rare photographs and portraits of African Americans who were slaves on the plantation bring this compelling American history to life.

Founded in 1796 by Joseph Washington, a distant cousin of America’s first president, Wessyngton Plantation covered 15,000 acres and held 274 slaves, whose labor made it the largest tobacco plantation in America. Atypically, the Washingtons sold only two slaves, so the slave families remained intact for generations. Many of their descendants still reside in the area surrounding the plantation. The Washington family owned the plantation until 1983; their family papers, housed at the Tennessee State Library and Archives, include birth registers from 1795 to 1860, letters, diaries, and more. Baker also conducted dozens of interviews — three of his subjects were more than one hundred years old — and discovered caches of historic photographs and paintings.

A groundbreaking work of history and a deeply personal journey of discovery, The Washingtons of Wessyngton Plantation is an uplifting story of survival and family that gives fresh insight into the institution of slavery and its ongoing legacy today.” (From Amazon.com)

I read this book over the course of a single Saturday because, once I started reading, I couldn’t put it down. It was captivating. The Wessyngton Plantation is within 50 miles of where I grew up, and for many years I never knew it existed (it remains a private home), but what makes this book so captivating is that it’s the author’s telling of his own family story, a true life’s work of over 30 years of genealogical and historical research, with dozens of personal family interviews, photographs, and documents. And what makes us more passionate than being able to share the stories of our families? I highly recommend this book for everyone to read, but particularly if you are interested in better understanding slavery in America, plantation life in the early South, and nineteenth century history.

The Washingtons of Wessyngton Plantation: Stories of My Family’s Journey to Freedom by John F. Baker, Jr.  (This book is a steal at 99 cents for Kindle. This is also an Amazon affiliates link.)

This 30-minute video Wessyngton Plantation: A Family’s Journey to Freedom is from Nashville Public Television and was created in conjunction with John F. Baker, Jr., and is a great “preview” to watch before reading.